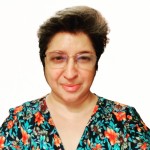 In 2016, women are on the top rung of the leadership ladder in many countries, including Germany, where Angela Merkel has ably led her country for many years. The UK now has a woman Prime Minister and the US seems likely to elect a woman President too.

However, in organisations worldwide, there are only 3% to 4% of CEOs who are women, according to Zenger Folkman. Powerful women are perceived as being icy, tough, weak, emotional, single and lonely, and having a whole lot of other toxic conflicting attributes, writes Frieda Klotz in Forbes.

Women bring to the table, a set of abilities that are beneficial in leadership roles, which makes them so effective at this task.

Here are five of these skills:

Many studies have shown that women tend to score higher on tests of social sensitivity than men do. There is a lot of evidence that women pay more attention to the quality of relationships versus men, says Stephanie Vozza in Fast Company. Not only do women have better verbal and language skills than men, they are also more empathic.

Empathy is a skill that allows us to see the world from another person’s point of view. Being able to do that enhances our ability to communicate with other people, understand their unique challenges and find options that work for everyone. These relationship skills help women create and build strong teams.

If a group includes more women, its collective intelligence rises, according to Anita Woolley and Thomas W. Malone in the Harvard Business Review. Women bring a new perspective and way of looking at situations that benefits the group as a whole.

If you want your team to be more effective and look at things with a fresh perspective, hire more women leaders. It’ll help you get rid of the “same old, same old” perspective that is holding you back.

Women are naturally accustomed to playing many roles in their lives, especially those with families. Learning to juggle multiple roles and keep everyone happy gives them an advantage when working in an organisation, where they need to handle the, often conflicting, needs of employees, customers and stakeholders.

Most women who have reached a leadership role in an organisation are there because they have learned to face and overcome multiple challenges in their lives. This makes them resilient and determined forces of nature.

5. Being a role model

Because there are so few women at the top, women are very conscious of their status as a role model to other women in the organisation, and the world at large. When you see yourself as a role model, you’re more likely to make decisions that are beneficial for society as a whole.

In this age, when socially responsible business practices are the only way to guard against public outrage, putting someone in charge who has every stake in being a good role model to others, is a great strategy for responsible decision making.

Although this article generalises the fact that many women have these skills, this is not always the case. Ultimately it is up to us to select leaders that possess all these skills, regardless of whether they are men or women.

Disclaimer: The views and opinions expressed in this article are those of the author and do not necessarily reflect the views, official policy or position of GlobalLinker.

I'm the Founder and CEO of BlogBrandz Digital LLP and the award-winning publisher of Naaree.com, a bestselling author, and online branding consultant. I help my clients...

The rise of mompreneurs in India

Women entrepreneurs, here’s how to start a business in India