Increasing productivity remains one of the most critical goals in business. It is, however, an activity seldom accepted by HR professionals as a legitimate mandate. While many in the HR profession acknowledge their job as a means to establish policy, procedures, and programmes for people management, few have taken a hard look at what many call Revenue per Employee.

This is an alternative and perhaps a simpler measure to elements of employee output – volume, speed and quality – per each currency unit spent on labour costs. The bottom line is that the metric is one of high value, and for some HR leaders – the ultimate performance goal. A relatively nascent industry in India, a question hovers around the relevance of the metric to begin with. All in consideration with multiple HR metrics already in place to measure productivity and growth.

However, there is no denying from global and historical evidence that Revenue per Employee was and would always be an act of fractions. After all, the denominator of the metric is employees, which is almost every organisation’s biggest expense – a direct relation of the highest value.

In correlation, for the retail industry, which sees their biggest employee base on the shop floor, an annual 60-70% attrition rate is cause for concern here. The reason? Business productivity as opposed to people productivity.

Of course, there is also the aspect about how retail in India is hardly seen as a career option, and rather as a bottom of the pyramid sales job. Again, why is this something of need to look at? Simply because, despite digitisation and automation, customers still require human finesse, and the approaching talent simply fails at it.

Some HR professionals cite the lack of a defined career growth path as a reason, while others argue that individual retail stores are to be treated as subset organisations that require nurturing of their own. This rung true when Indronil Bose of DLF Brands stressed that store managers ought to become mini CEOs for their respective stores representative of the organisation.

This plan came with its difficulties though, and Geethaa Ghaneckar, Director of HR at Raymond, explained why. A majority of the shop floor employees in retail emerge from the inner geographies of India, nurtured and conditioned in a different stratosphere from the customers. The social disconnect in large affects performance, and more importantly – business.

However, amidst talk about scarcity of talent and stratospheric differences between employee and consumer, experts such as B. Venkatramana and Shilpa Vaid from the Landmark Group and Arvind Lifestyle respectively, raise issues about the manning norms in association with Revenue per Employee. The question was simple – Why not hire less, and invest more?

A classy example of this would be a clash of cases between Amazon and Walmart, where the former, with a smaller sales force, outshines the latter by nearly four times in terms of revenue or sales per employee.

However, with deeper research, it is also easy to note that Amazon’s $855,463 per employee stat was a steep drop from their $1,014,955 margin from 2010. A result from merely adding more employees while sacrificing pay, training and incentives.

In fact, the 16% decline in revenue per employee for Amazon is testament to why its guidance for the third quarter in 2012 called for an operating loss of between $50 million and $350 million. Yes, their net income plunged. Yes, the profit margin was not what was expected. And the culprit? A huge increase in employment during that period, in fact – 67%. All this, while sales rose by 41%.

At the same time, there is no reason to only focus on the top 20% - cream of the crop – that most organisations even outside retail vie for. After all, it is the 80% that is the essential backbone of an organisation pointed out Ruhie Pande of Kaya. Every employee comes with his or her intrinsic strengths, but while bracketing is a necessity, it is best performed with subtlety.

Conversations often spiral from costs to margins, to minimum wage, to several other brackets, which in time would only cumulatively rise. However, one metric remained central to every other metric – Revenue per Employee.

Profit. Performance. Productivity. Numbers; yes, the headcount lever that must be used most wisely and effectively. There is little need for these other metrics, and in time, HR will vie to control the biggest hammer to profit there is. That’s right. Again, Revenue per Employee.

Disclaimer: The views and opinions expressed in this article are those of the author and do not necessarily reflect the views, official policy or position of GlobalLinker. 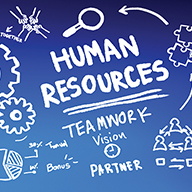 The smart road to sustainability